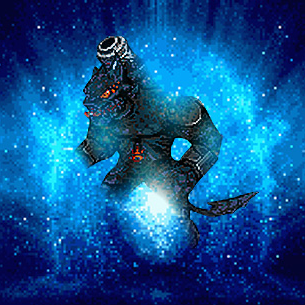 The Cyborgs have been busy upgrading the various creatures they find in order to help defeat the evil warlocks. They captured the most powerful creatures they could control, and built them into their ultimate weapon.

The Cyber Behemoths are augmented giants, subdued by magical means, and fitted with cranial implants. Their rocket boots give them a fearsome stomp, but their true power lies in the plasma cannon on the back. Twice per battle, they can fire an explosive charge, burning all enemies in a large radius.

Do you want to build awesome creatures like this one? The Ironfist team is on the prowl for new blood, and is actively hunting for rockstar programmers. Is this you? E-mail homm2ironfist@gmail.com and find out.